Hey peeps, some updates for you:

2. We’ve got some great shows coming up. This Friday, July 21st, we’ll be playing Brew With a View on the rooftop of the Strand Theatre in Marietta Square for the first time. The forecast looks great, so we definitely encourage you to come out for this one! Here’s where you can catch us throughout the rest of July/August:

3. We are stoked to get back to Atlanta at Smith’s Olde Bar in September with our friends Steady Common and King of Summer. Check out the event / buy advanced tickets here!

We had a blast playing at the Golden Tripod Awards Party as part of TERMINUS Conference + Festival. We all agreed it was one of the best shows we’ve ever played– mostly due to the incredible energy of the crowd.

Seriously, they were awesome:

The party was hosted by Flula Borg of YouTube stardom and Pitch Perfect 2’s Das Sound Machine, among other things. He was awesome, and we were stoked to snag this picture with him:

It was seriously a wonderful night. A HUGE thanks to the folks at TERMINUS Conference + Festival for having us! Check out the killer photos from our set here!

Here’s another video from the crowd:

Hello, world. We’ve got a few tasty news bites for you.

After a nice little 3 week hiatus, while Ashton hung out at the Cannes Film Festival in France, we have a busy June ahead! Here’s what we’ve got going on:

While Ashton experienced nothing but 70-80 degree weather and sunshine in France, apparently it’s been storming pretty consistently in Atlanta, and it doesn’t seem to be lessening up. SO, although we have two shows this upcoming weekend, they are both outside with a possibility of cancellation due to rain…

June 3rd – Fire Stone Wood Fired Pizza and Grill – 7 PM: Our show here on May 6th was canceled due to rain. Hopefully, this one will go as planned.

June 23rd – Golden Tripod Awards Party at TERMINUS: Student films + awards + party + The Hearsay= #RIPJustKilledTheClub. Haven’t heard of the newest convention/festival to hit ATL? Do yourself a fave and check it out.

We had a fantastic time at Smith’s Olde Bar last night– so fantastic that we already booked another show there in June– be on the lookout for that!

We also played a brand new song called “I Should Have Known” that we literally finished/ polished up the night before. The general consensus for it was two thumbs up (👍👍)!

We really appreciate everyone who came out and made our first time at Smith’s Olde Bar special. You da real MVPs.

We’ll be back at Smith’s this Friday for our encore performance in this year’s 500 Songs For Kids at 10:30pm. It’s a great event for a great cause– see you there!

Yeah! You read that right. We’re playing FIVE TIMES next 2 weeks, so surely you can find it in your busy schedule to come out and see us at least once.

Monday, April 24th at Smith’s Olde Bar: This is our first show at Smith’s, and we want to make it great! We know Monday’s aren’t the best for shows, but we’re hitting the stage at 8:30pm– plenty of time to get there after rush hour, and plenty of time to get to sleep at your normal bedtime. You need tickets, so buy ahead online (it’s cheaper than buying at the door).

Saturday, April 29th, BBQ & Brews Canton: We’re opening another BBQ & Brews Festival, this time at the O.G. location in Canton. Every one of these events that we’ve been to has been a BLAST, so it’s definitely worth the quick drive up 575. We’ll be playing at the stage from 12pm – 1:30pm.

Friday, May 5th, Two Birds Taphouse: That’s right we’re playing Cinco de Mayo at Two Birds! Due to a few of our band members traveling during May, this will be the last time we’ll be playing at Two Birds until June 10th, so if you love hanging out and watching us there, don’t miss it!

Saturday, May 6th, Fire Stone Wood Fired Pizza & Grill: Our last show until June will be in Woodstock. Come out and enjoy some delicious food and fun music on the beautiful patio at Fire Stone in Downtown Woodstock! 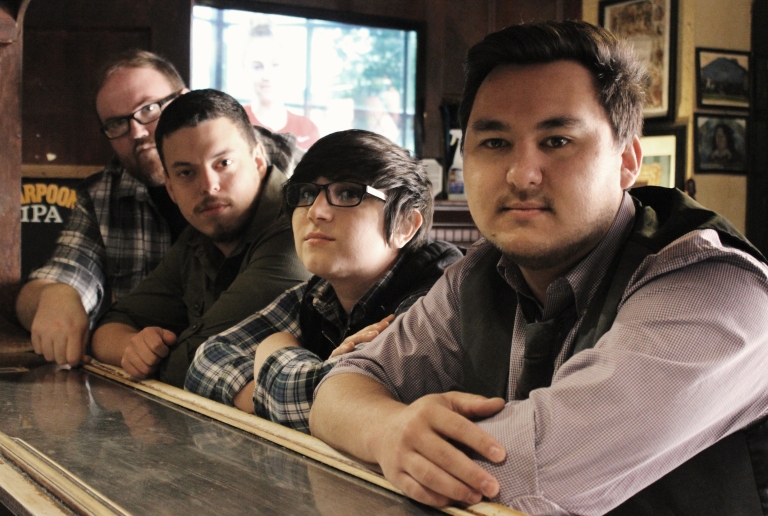 Proper photos, an EP release, a website…we’ve really been getting on our game in 2017 #swag

So here’s more about what we’ve been up to lately:

Tiny Fractions EP – Our 4-song EP features three original songs and one of our mash-ups (‘Timber’ by Pitbull/Ke$ha with ‘2 Heads’ by Coleman Hell). All songs were recorded, mixed and mastered by Jeremy Nichols at CoCoa Break Studios in Woodstock, GA. We’re super excited to share these with the world, so take a listen and give us a follow on Spotify!

Photo Shoot – We finally got some professional-quality photos…we figured with the EP release it was time! Our good friend Emily Holst is a fantastic photographer and did a wonderful job with our awkward selves. Photos were taken at various locations around the Marietta Square, mainly at our favorite two bars Johnnie MacCrackens and Two Birds Taphouse.

500 Songs For Kids – We love to perform in the 500 Songs For Kids event benefitting the Songs For Kids Foundation every year. Although this is the first year for The Hearsay, it was Ashton’s 6th year and Travis’ 3rd. It’s an amazing organization with the mission to enrich the lives of children suffering from illness and hardship. We performed on April 1st with the song “Believe” by Cher (watch the video here)! And BONUS, they asked us to do an encore performance on April 28th– we’ll be performing one of our usual covers Amy Winehouse’s “Valerie” at Smith’s Olde Bar.

BBQ & Brews Festivals – We got our start as a band a little over a year ago when we were asked to play at the first BBQ & Brews Festival in Canton, GA. Created by a friend of Ashton’s, the BBQ & Brews team has been very good to us– we played at the one in Ellijay in September, and just played the one in Cartersville this past weekend on April 1st. We’ll be at this year’s Canton festival on April 29th!

That’s enough for now, I think 🙂